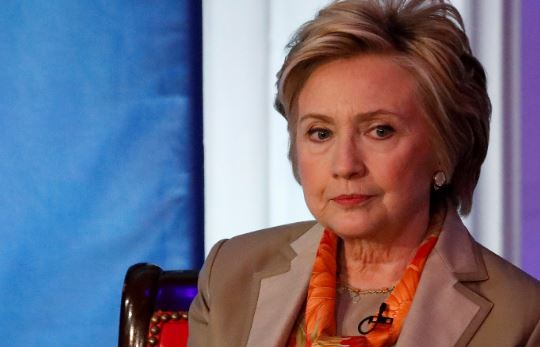 “Hillary Clinton said that Rep. Tulsi Gabbard is being groomed by Moscow to run as a third-party spoiler candidate in 2020 to help President Trump win reelection. The former secretary of state pushed the theory on Campaign HQ podcast hosted by David Plouffe, President Barack Obama’s campaign manager in 2008.

Plouffe and Clinton discussed hurdles the Democratic nominee would face and compared the 2020 race to Clinton’s loss to Trump in 2016. Plouffe asked Clinton about the part third-party candidates, such as Jill Stein of the Green Party, played in 2016, allowing Trump to secure key states.

“They are also going to do third party again,” Clinton, 71, said. “I’m not making any predictions, but I think they’ve got their eye on somebody who is currently in the Democratic primary and are grooming her to be the third-party candidate,” Clinton said, referring to Gabbard, without mentioning the Hawaii representative by name.

“She is a favorite of the Russians. They have a bunch of sites and bots and other ways of supporting her so far. That’s assuming Jill Stein will give it up, which she might not because she is also a Russian asset.”

Another example of the establishment left calling anybody who dares to depart from ineffective conventional US foreign policy a Russian “asset” or “spy.” Tulsi Gabbard, a veteran who served in Afghanistan, made the fatal mistake of telling the truth about the cost of endless and pointless US entanglements in the middle east and thus has drawn the ire of the establishment on the left and right. In this case, Hillary Clinton who Gabbard called “the queen of warmongering” continues to display a pitiful bitterness over the 2016 election by insinuating that she lost only because another “Russian agent”, Jill Stein, stole votes from her by running as a third-party candidate in battleground states. Clinton honors her supporters by refusing to accept that she might have lost the election due to her own faults, such as her shortcomings as secretary of state and felonious background.

The irony of Clinton’s obsession with “Russian meddling” is not lost on anybody who has noticed how her campaign has tried to hide Bill and keep him at distance. He personally mounted a massive campaign to meddle in the 1996 Russian elections to have Boris Yeltsin re-elected and is guilty of almost everything else Donald Trump is accused of.

It has become nearly impossible for a US politician to oppose senseless US intervention in the middle east quagmire or have any sort of contact or relationship with Russia. Both of these positions stand directly in opposition to any hope of a more congenial world stage.